As part of a series of events hosted by Fraport Greece in the 14 regions where the airports it manages are located, company executives visited the island of Skiathos.

In an atmosphere of mutual co-operation, Fraport Greece presented to stakeholders and local government representatives its €16 million plans for the overhaul and upgrade of the airport.

More specifically, as announced, the company will proceed with the expansion and remodeling of the terminal and the reorganization of the apron area. With the expansion of existing buildings by 2,185 sqm., the terminal area will increase by 30%, covering a total of 9,526 sqm. Meanwhile, the number of security lanes will be doubled (from 2 to 4), the reclaim belts will be increased by 50% (from 2 to 3), while the total number of gates will be increased by 66% (from 3 to 5).

With the aim of developing close relations of trust and transparency with all stakeholders and the local community, Fraport Greece executives discussed the airport’s role in the tourist growth and prosperity of Skiathos.

On the event, Fraport Greece CEO Alexander Zinell said: “We are delighted to be here, in Skiathos, a gorgeous island of great natural beauty. Skiathos with its many beaches and forested landscape makes it a popular tourist destination with great developmental potential. This is why we invest almost 16 million euros for the extension and remodelling of the airport. At the same time we are working closely with the airlines for increasing even more the passenger traffic and open up new markets.” 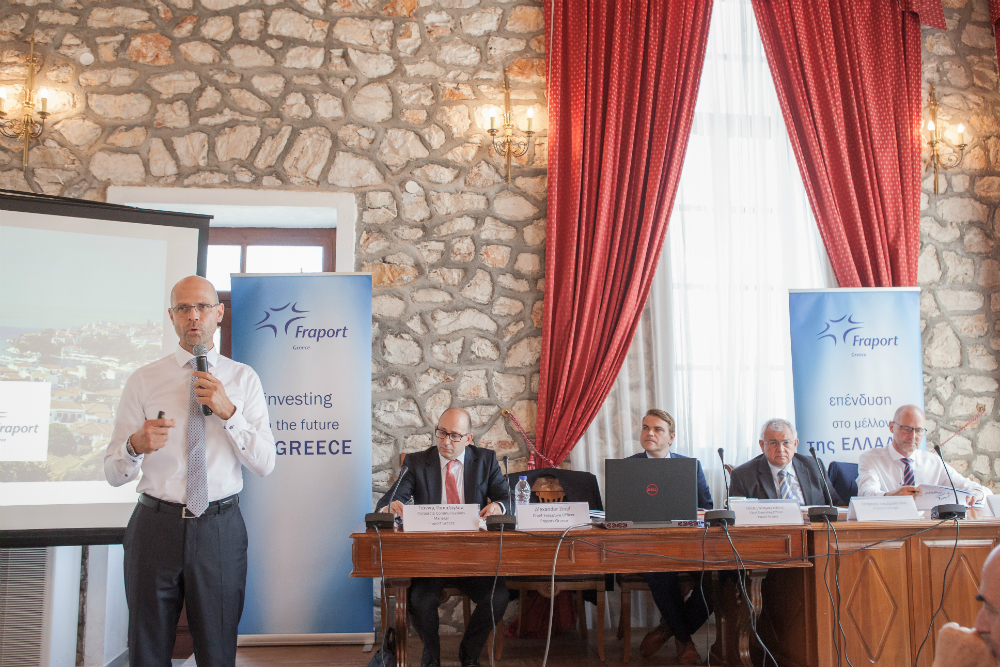