Zakynthos – In an atmosphere of cooperation and optimism, Fraport Greece presented its €13m plans for the development of Zakynthos International Airport ‘Dionysios Solomos’ during an event that took place on Wednesday.

The event was attended by the island’s government representatives and local stakeholders, who discussed with company officials a range of issues that concern the future of the airport and the city’s tourism development in general.

The plans unveiled by Fraport Greece include the terminal expansion by 432m2, reconfiguration of the existing mezzanine, with new escalator, staircase and lifts for accessing it, new police and customs offices, a new MEP building, guard house and pumping station. Meanwhile, new info counters and ticket sales desks will be installed. Finally, there will be reconfiguration of check-ins and an increase by 33% (from 15 to 20).

In order to strengthen ties and to develop a relationship of trust and transparency with all regional stakeholders, Fraport Greece will be hosting a series of events in all fourteen areas that its airports serve. 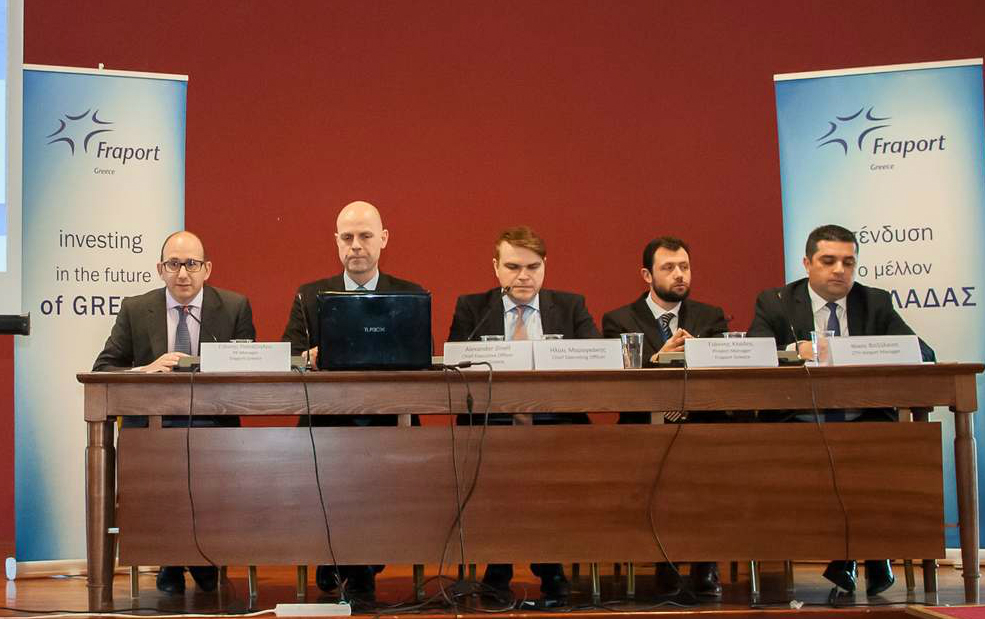 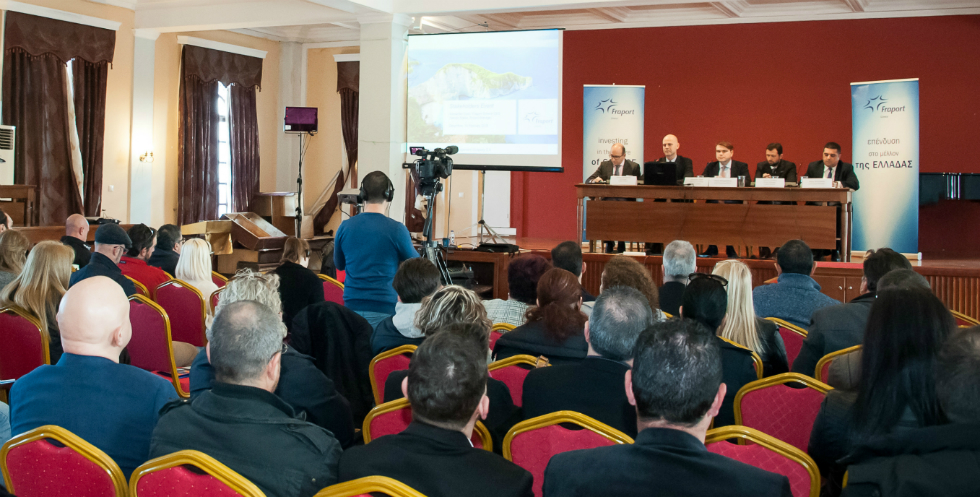