- The ceremony for the simultaneous inauguration of all 14 regional airports took place at Thessaloniki's "Makedonia" Airport - Through a highly symbolic opening event, Fraport Greece announced the completion of an emblematic €440 mil. investment program about the upgrade and remodeling of the 14 airports

A vote of confidence and optimism about Greece's future was given by Fraport Greece on Wednesday evening, during the "Welcoming Tomorrow" event which took place at "Makedonia" Airport of Thessaloniki. The milestone inauguration ceremony marks the official completion of a €440 million investment program regarding the upgrade and remodeling of the 14 regional airports under Fraport Greece management.

The ceremony was graced by the attendance of His Excellency, Prime Minister Kyriakos Mitsotakis, by Greek government officials, as well as by representatives from the tourist industry and Fraport Greece business partners. The event, held in front of the new Terminal 2, a true icon of modern airport architecture, was hosted by actress Ms. Katerina Lechou.

Exploiting the boundaries of digital technology to set up an impressive backdrop, Fraport Greece connected all 14 airports on a virtual stage, with Fraport employees leading the way. Members of the Fraport Greece family from across the country welcomed travelers and visitors at the newly upgraded gateways which were delivered 3 months earlier than the contractual deadline.

The Prime Minister mr. Kyriakos Mitsotakis, Mr. Christos Copelouzos, CEO of the Copelouzos Group, Dr Stefan Schulte, CEO of Fraport AG and Mr. Alexander Zinell, CEO of Fraport Greece, inaugurated the 14 airport with “the press of a button” opening up the gates of the upgraded airports.

The inauguration ceremony was compliant with all the necessary public health protocols. To facilitate those not able to attend in person due to Covid-19 related restrictions, the event was also streaming online.

You may watch the entire ceremony by following this link. 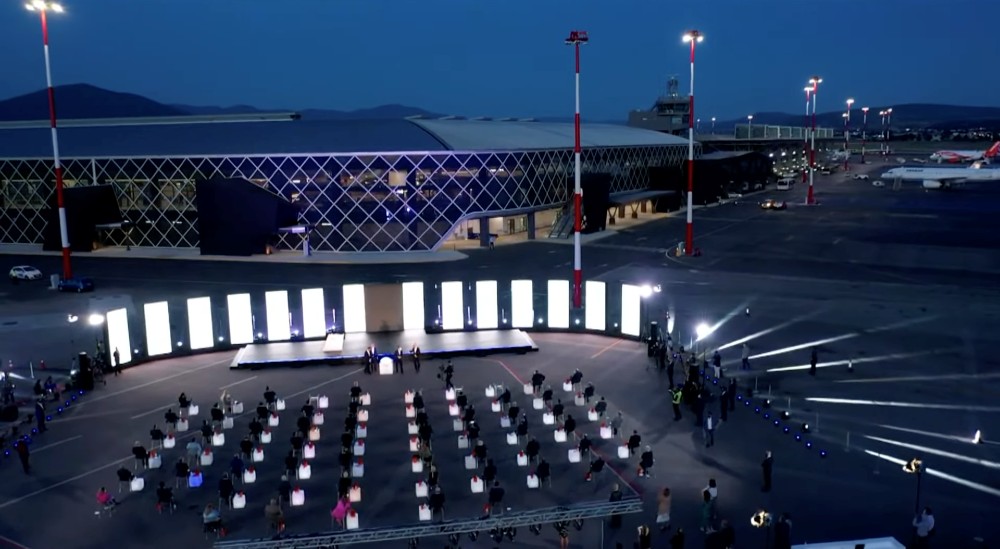 The Welcoming Tomorrow event at the Thessaloniki Makedonia Airport from above 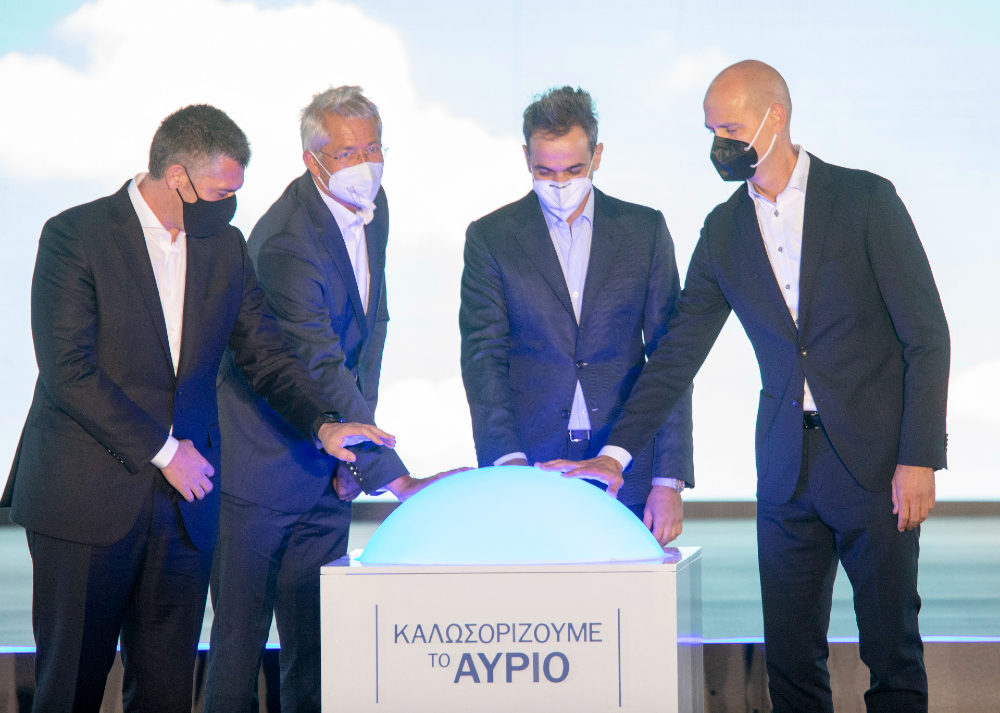