Samos – During the past year, an innovative effort has been underway to manage the population of Golden Jackals residing within the area of Samos Airport “Aristarchos of Samos”. Fraport Greece has signed a cooperation agreement with the “Archipelagos” Institute of Marine Conservation over the sustainable management and safe removal of the jackals from the airport area.

Samos Airport has been built on a wetland that is one of the natural habitats of the Golden Jackal. A possible collision between a Golden Jackal and an aircraft could result to the animal being killed as well as serious damage to the aircraft. To avert this, Fraport Greece is focused in the removal of the Golden Jackal from the airport area with the use of state of the art practices of sustainable wildlife management. 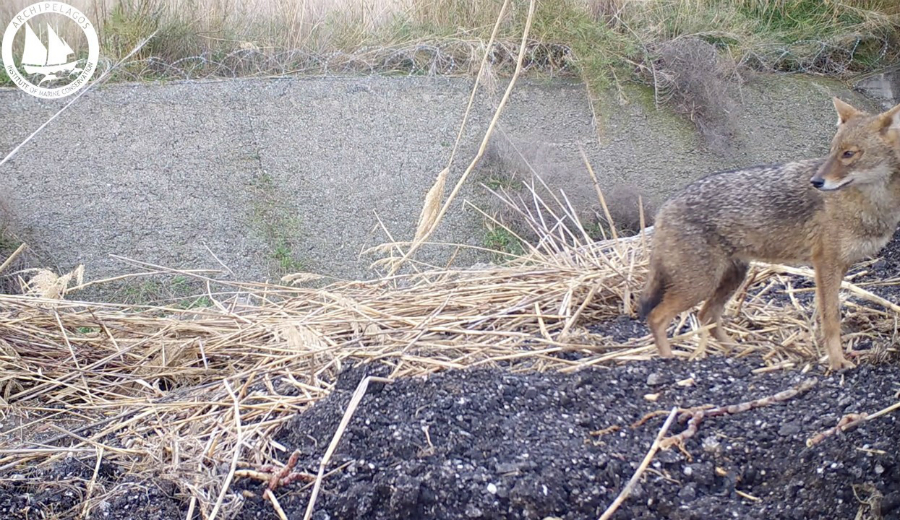 A Golden Jackal at Samos Airport

Since May 2017, zoology scientists at the Archipelagos Institute have been studying jackal population in the airport area with the scientific support of the University of West of England in Bristol.

To monitor Golden Jackals and to collect the necessary data, the team uses the latest technology available: new generation infrared cameras with motion detectors for night recordings, passive acoustic monitoring systems, etc. A phase out method for the jackals to be removed from the airport site to the adjacent wetland - which constitutes their preferred habitat - has been also designed and put in place.

March 2018 – before the commencement of the breeding period - saw the completion of the first phase of Golden Jackals gradual repulsion process to the adjacent wetland, outside of the airport’s fenced perimeter, was successfully completed. An 80-member team of researchers from the “Archipelagos” Institute, as well as airport staff, participated in the operation.

It is worth mentioning that the Samos Golden Jackal is a special population of this species, genetically unique compared to other Golden Jackal populations in the Balkans, as demonstrated by the recent research by Plos One. It is also an exception for a large mammal as it lives on the boundaries of the settlements going largely unnoticed (except for the sounds it produces) and without causing any damage to humans, or animals. The golden jackal is active during the night, while it hides in burrows or nests during the day either in dense vegetation or in small underground tunnels. At the same time, its population offers significant "services" to the island of Samos, as it limits the growth of rodent populations which contributes to both crops and natural reforestation processes.

The project of gradual and mild relocation of the golden jackal population from Samos Airport is a world first and aims at becoming an international model for the management of large mammals in airport spaces, balancing the need for flight safety and the principles of environmental protection. 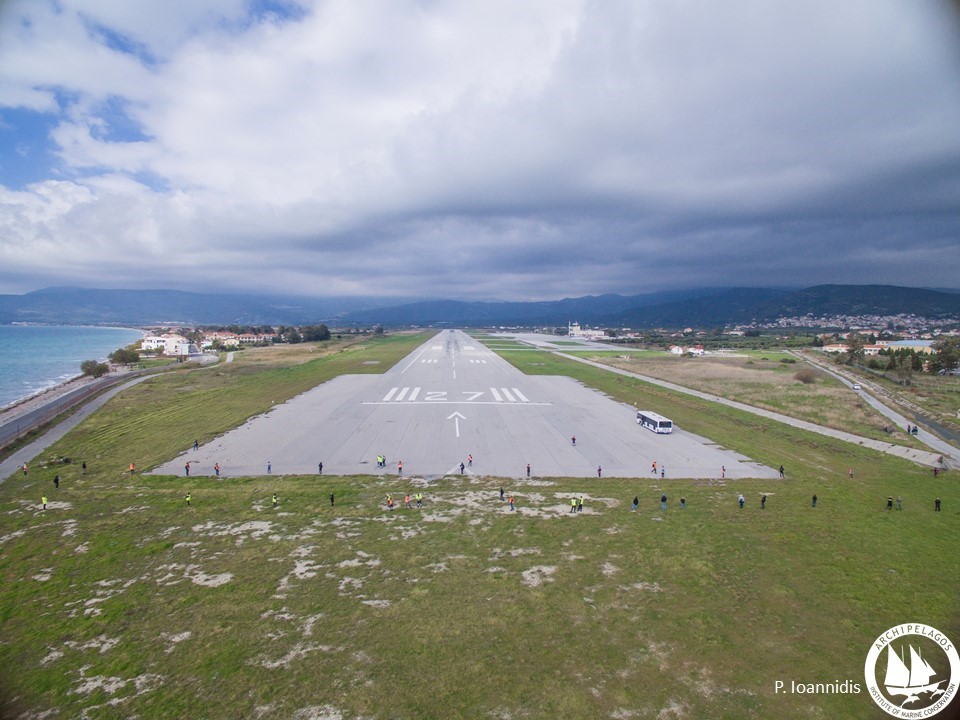 “Archipelagos” Institute of Marine Conservation is a non-profit, non-governmental organization committed to researching and defending the biodiversity of the Greek seas and islands, as well as the NE Mediterranean overall. Since 1998, “Archipelagos” has focused on a combination of multidisciplinary scientific research and efficient conservation work in which local communities play an active part. This cooperation creates a strategic foundation that enables and strengthens the activities of “Archipelagos” at the local, national and European level, allowing us to protect aquatic and terrestrial life against ever-increasing human factors.