At a joint event held on Monday 12 December in Thessaloniki, AEGEAN and Fraport Greece presented their activities at Macedonia Airport and the dominant position of the destination in the strategy of both companies.

At the same time, they discussed with local stakeholders from the city, tourism, education, and culture about the possibilities of further developing Thessaloniki and the wider region of Macedonia into an even more attractive year-round tourist destination, as well as a technological, educational, and business center.

AEGEAN continues to invest in the city with an enhanced schedule of routes both during the summer and winter seasons, making Macedonia Airport the second largest hub in its network and having carried so far more than 2 million passengers. With an expanded network of 19 international routes during the previous summer season, most of which are now maintained throughout the year, and 14 domestic routes, AEGEAN provides Thessaloniki with its own network and connects the wider region of Macedonia with the largest cities in Europe and Greece. In fact, this winter by maintaining the 6 new additional international routes to Hamburg, Berlin, Zurich, Brussels, Milan, and Rome launched last summer, AEGEAN recorded a 25% increase in its international activity in November, compared to November of 2019. While with the new lounge and its AIRBUS 320 and 321neo operating from Macedonia Airport, it is upgrading the travel experience for all visitors to the region.

Fraport Greece, seeing the potential of Thessaloniki and the wider region of Macedonia, has invested €100 million for the upgrade and expansion of Macedonia Airport. Since 2021, when the new upgraded airport was handed over to Thessaloniki’s society, the company remains committed to its goals of operational excellence, expanding its connectivity, and continuously upgrading the passenger experience. Today, Macedonia Airport is a metropolitan airport that can now be compared to European airports of similar size, a gateway for millions of passengers throughout the year, a worthy ambassador of Greek hospitality and the upgraded tourist identity of our country. 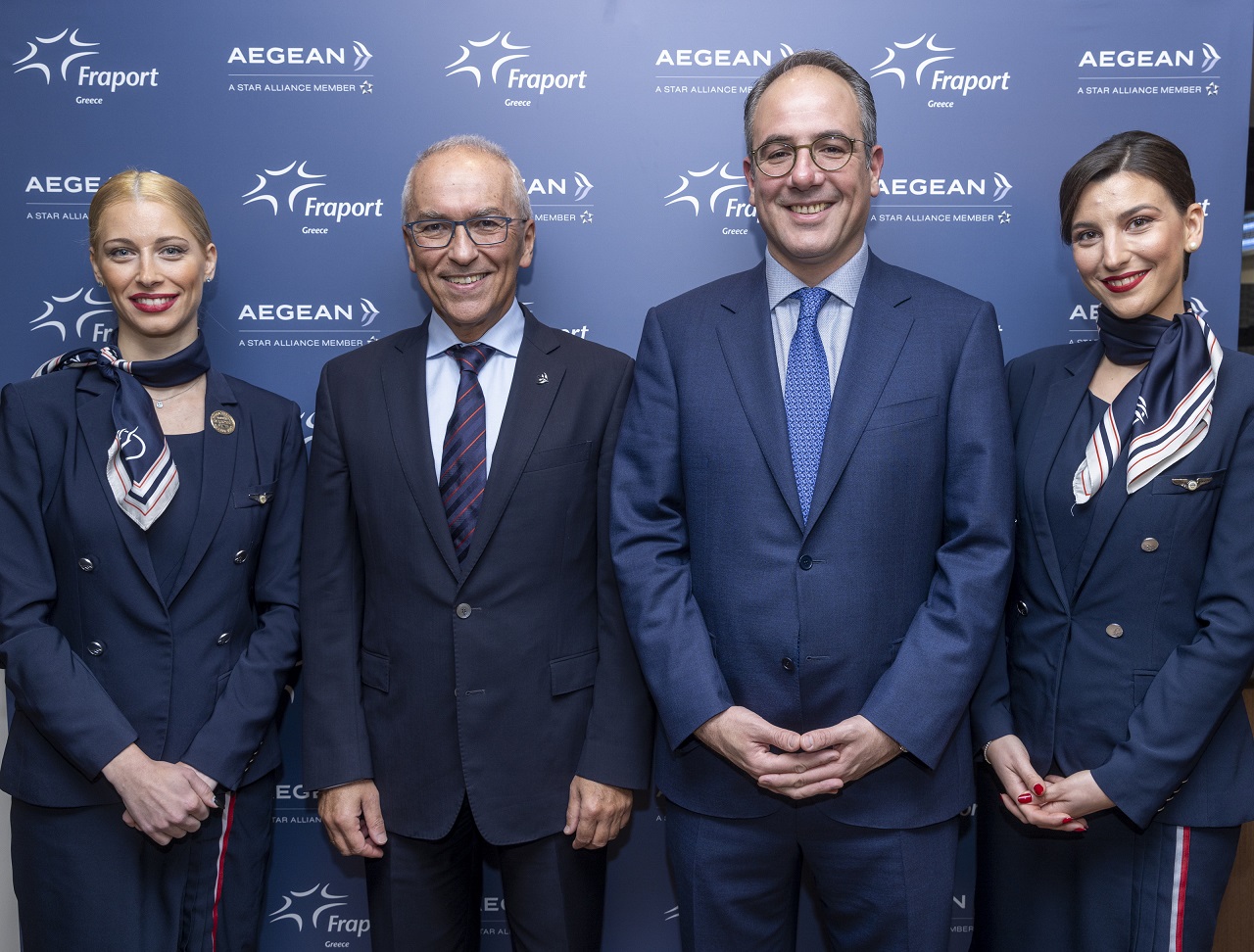 Mr. Dimitris Gerogiannis, CEO of AEGEAN, said, “AEGEAN is investing in Thessaloniki again this year, strengthening the company's activity especially during the winter season with new international routes that started in the summer and will be maintained in the winter, as well as a 30% increase in available seats in the new summer season. Of course, our close cooperation with Fraport Greece and the new state-of-the-art airport, that we all have now at our disposal, has strengthened our momentum and supports our vision and our strategy to make this city and the wider region an attractive destination all year round. Undoubtedly, such an effort to bear fruit requires the cooperation not only of the airport community but of all stakeholders. That is why we are particularly pleased to have seen today that there is a common focus, strong willingness and innovative ideas to work together.”

Mr. George Vilos, Executive Director, Commercial & Business Development of Fraport Greece, noted: "With today's event, Fraport Greece & AEGEAN highlight once again, the importance of this destination in their business plans, but most importantly, their commitment to the further tourism development of the city and the wider region of Macedonia. It is now a given that the destination ''Thessaloniki'' with its multifaceted tourism experiences combined with its upgraded connectivity through the development of the AEGEAN network, can attract visitors throughout the year. However, for this joint perspective to succeed, supported by the close cooperation and joint targeting of the two companies, the contribution and commitment of all of the city's tourism stakeholders is required, so that the destination can be promoted in a targeted manner on the basis of a specific and commonly agreed strategic development plan."