Thessaloniki Airport “Makedonia” based firefighters, had the opportunity to attend an interactive training module on the management of snakes. Snakes are considered wild endangered species with a beneficial and very important role for the balance and health of ecosystems.

Having taken over the expansion, upgrade, development and management of 14 regional airports since April 2017, Fraport Greece operates them in full compliance with sustainable practices that respect the ecosystems’. Within this context Hellenic fire brigade firefighters staffing the fire station at Thessaloniki Airport “Makedonia” welcomed Mr. Elias Strachines*, biologist- herpetologist, and presenter of the TV show “Wild Greece” aired at ERT3 public national TV station.
Mr. Strachines talked about the numerous benefits that snakes offer to humans, the flora and the fauna. Snakes not only protect the crops but also the public health by controlling the populations of rodents, insects and arthropods, all of which are often carriers of diseases that can affect humans as well. In addition, the production of many pharmaceuticals is based on the use of snakes’ venoms.

Mr. Strachines focused on the snakes of the prefecture of Thessaloniki, as well as the species that can be found at the airports outdoor area and the appropriate actions in case of a poisonous bite.
According to Mr. Strachines, snakes will never attack anything they cannot eat. Contrary to popular belief, most of the snakes are not poisonous, thus, they are completely harmless to people. Even the Vipers, the only species with strong venom that we come across in Greece, are not aggressive and definitely not as dangerous as it is believed. Their biting can be treated in most cases without side effects.

Within the scope of lifelong learning and development for Fraport Greece staff and 3rd parties operating at the airports, the awareness workshop was recorded and distributed to all firefighting departments sat the Fraport Greece operated airports. 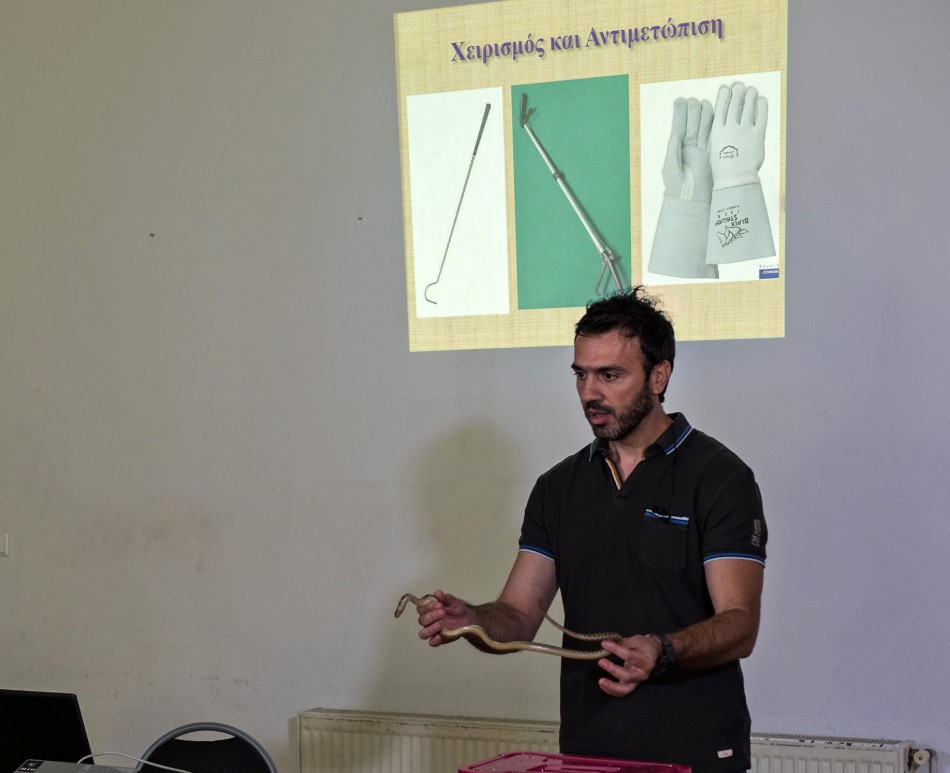 * Elias Strachines is graduate of the Department of Biology of the Aristotle University of Thessaloniki, member of the Greek Herpetological Society and founder of the website www.herpetofauna.gr. Mr. Strachines main scientific interests are related to biology, genetics, evolution, ecology and mapping of the reptiles and amphibians of Greece. He is a wildlife photographer and presenter of the show "Wild Greece" in ERT3 TV channel, which guides us to the beautiful Greek nature.